We have just finished our latest article exploring the use of zinc products for the common cold. Check out our website for the full article:

Here is an excerpt from our article:

Zinc is a mineral that is absolutely necessary for many different biological functions in our body. It is important for growth, appetite, sexual maturation, skin strength, mental functioning, wound healing and immune system function, just to name a few. Deficiency of zinc is relatively uncommon in developed countries as we readily take in the mineral via a balanced diet. It is thought that supplementing with zinc products, such as Cold-Eeze helps to both prevent and treat the common cold. There have been numerous studies conducted on the matter and we are here to sort everything out for our readers. Is Zinc effective for the common cold? Let’s find out!

Our latest question and answer

Check out our site for the latest question and answer!

“Is it possible to delay your period by one week while taking birth control?”

Here is an excerpt of our answer:

While it is possible to skip or delay a period while taking birth control pills, it is more easily achievable on products that are mono-phasic, or pills that only contain one level of hormone throughout the entire pack.

Current birth control pills are designed to copy the natural menstrual cycle in women. They are used for both contraceptive purposes as well as for helping women maintain a normal menstrual cycle.  There are many different kinds of oral hormonal contraceptives available, but most options contain 3 weeks of active hormonal pills and one of inactive, or placebo pills. Menses occurs during the week you take the inactive pills with no hormones in them. As soon as you stop taking pills with active hormones in them, that is when you will get your period. For those wishing to extend the time until menses occurs, you would need to keep taking active hormonal pills. Again, stopping active hormonal pills WILL bring on the onset of menses. In fact, delaying menses by one month or more is a common way of dosing and is known as continuous dosing, or continuous cycling. While many patients on continuous cycles simply skip the inactive week in their pills and move on to the next pack, newer products on the market such as Seasonale provide 3 months of active pills followed then by 1 week of inactive pills

Read the rest of our answer on our site!

Take a look at our newest article: The Best OTC Allergy Medicine!

Here is an excerpt from our article: 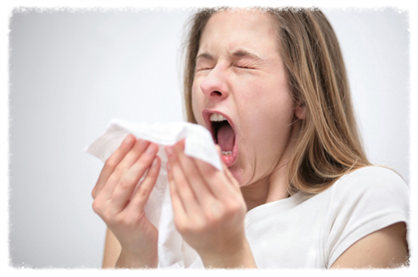 How Do Antihistamines Work?

Antihistamine medications block histamine from binding to receptors that are located all around the body. Histamine plays a central role in the allergic response.  When histamine is released, it has a wide range of effects including:

First Generation Over The Counter Antihistamines

Take a look at our newest question and answer regarding Subutex (Buprenorphine)!

Here is an excerpt:

My question is my daughter, age 28 has been on subutex for 1.5 years (16 mg daily). She is 14 days clean and the subutex is still showing up in her urine. Is this possible or probable? She has not been eating or drinking much since, could that be the problem?

There is no simple answer to your inquiry as many different factors can affect how long a drug is detectable in someones system. Having said that, we can certainly provide you some information that can help you better understand the typical detection times for Subutex (Buprenorphine). Specifically answering your question with all the available information at hand, it is VERY probable that the drug is showing up in the urine, even 15 days after stopping the medication.

Subutex (Buprenorphine) is an opioid drug that is structurally similar to morphine. It is most often used for either pain control or opioid dependence/withdrawal. The drug does have some unusual characteristics that vary from many of the other drugs in the opioid class. While most drugs in the class tend to be metabolized and excreted from the body fairly quickly, buprenorphine hangs around for a long time!

When talking drug tests, a common measure in determining how long a drug lasts in the body is half life. A half life is the amount of time that it takes for 50% of a drug to be metabolized. For example, if a drug has a half life of 10 hours, 10 hours after that drug is absorbed, only 50% will be remaining in the body. Half lives are used to approximate how long a drug will be detectable via a test. The rule of thumb is that it takes about 5 half lives for a drug to become undetectable. Let’s use the example of the drug with a 10 hour half-life:

We were recently asked which of these drugs are better. Find out our answer!

Check out our newest article posted over at http://PharmacistAnswers.com!

Here is an excerpt of our article:

From The Lab To You: Drug Discovery, Clinical Trials & The Pharmaceutical Industry

Drugs have been part of human life since the beginning of recorded history. It started with the discovery of the various medicinal properties of plants. Plants, as we all know, are capable of containing and synthesizing countless chemical compounds, from powerful stimulants such as cocaine and caffeine, to the deadly neurotoxins like curare. Today, plants still yield many valuable compounds and a large portion of the drugs on the market today are variants of naturally occurring chemicals. Over the past 100 or so years, drugs are more commonly invented rather than discovered. Drug discovery in the past mostly consisted of observations of a plants effects (or a chemicals effect) when administered to a person or animal. The effects were noted and recorded with no knowledge as to how exactly that drug was working. Today, the opposite approach is taken in most cases. Instead of simply observing effects, modern drug development relies on knowledge as to how an alteration in a protein or pathway in the body could be effective against a disease. For example, if we wanted to come up with a medication to lower blood glucose levels, we wouldn’t have someone ingest a multitude of chemicals to find out which one works. Using our knowledge of the human body, we may want to find a chemical that alters a protein that regulates insulin release which will therefore help blood sugars.This description of the drug development process is of course a generalization but it gives a good idea of our current thinking behind the process. Even in disease states in which we don’t know everything about the pathophysiology (cancer for example), researchers hypothesize how an alteration in something can bring about a positive effect.  As new drugs are being developed, there are a variety of critical questions that must be answered through the course of clinical research to produce an effective drug.

Questions That Must Be Answered When Researching New Drugs

Most commonly, the first step of drug research is to screen millions of chemical compounds for their ability to interact with a specific molecular target or produce a specific biological response. This screening is mostly done by robotic systems that can process hundreds of thousands of chemicals. Chemicals that fit what is being searched for, or at least somewhat closely fit, are called “hits”.

It’s quite rare for a “hit” to actually become a future pharmaceutical drug. Most initial drug hits lack the absolute properties that are being looked for. In the majority of cases, chemists and pharmaceutical scientists have to synthesize derivatives of their “hit” chemical and optimize it so it interacts with its’ target and alters its’ function in the desired fashion. This of course comes with its’ own set of challenges.  The newly synthesized drug must have a high attraction to its target, it must be able to be easily administered and easily absorbed in the body, it must be metabolized safely and it must be free from major side effects.  The chemical must also be able to be produced on a large scale and have the appropriate properties in terms of stability.  Many times a chemical may have a deficiency in one area which prevents it from being realized into a marketable drug.

At this stage in the process, the chemical that is being researched has been in process on average of 3-5 years. Only at this point can the drug company submit what is known as an Investigational New Drug application (IND) to the FDA. The IND is a request to the FDA for permission to test the drug in human subjects. The FDA has 30 days to review the application. The FDA can either approve it or disapprove it and request more data about initial safety and toxicity results. After the IND is approved, we finally move to the clinical trials. Clinical trials take place in four phases, the last of which is after the drug has already been approved by the FDA and can be marketed to patients. Below is a chart of the different phases of drug trials:

Phase III: Phase III is the bread and butter of the drug testing process. It is where the most money is invested and it typically takes the longest amount of time to complete. Large scale statistical analysis is completed in this phase, typically with thousands of patients in different locations around the world. In order for FDA approval, a drug company must perform, in the words of the FDA, “adequate and well-controlled investigations”. Currently, the gold standard for clinical trials are randomized, placebo-controlled, double blind studies.

Even though the Phase III clinical trials are quite comprehensive, the requirements set forth for FDA approval has some severe disadvantages.

Disadvantage: What is a proper control?

Are placebos the best control? In many cases they are, especially if the drug being tested is a novel treatment for a disease. However, it can be somewhat misleading if an alternative treatment is available for comparison. Trials for new drugs very rarely are tested against an existing treatment for multiple reasons and unfortunately, they are often times in the best interest of the drug company. The main reason for testing against a placebo instead of an existing treatment is that the results are much more impactful. For example, let’s say a new drug was being tested for blood pressure and a study found it lowered systolic blood pressure by an average of 14 points. This would be great news for a drug company, as it shows efficacy versus a placebo, which we assume would not lower blood pressure (or would only slightly lower it due to a placebo effect). However, if the drug company tested their new drug against an existing treatment, the results would be much less remarkable. Let’s again assume our new drug lowers blood pressure on average 14 points. Let’s also say an existing treatment lowered blood pressure an average of 12 points. The trial in this case would only show a very slight improvement vs. an old treatment. Older medicatons tend to be drastically less expensive than newer medications. The fact that our new drug is only slightly more effective would spell bad news as the newer medication may very well be seen as not cost effective. Older drugs too have more safety data and physicians are sometimes unwilling or hesitant to prescribe newer drugs. Drug companies don’t want to pour in millions upon millons of dollars to a drug trial to determine their drug is only slightly better (or perhaps worse!) than an existing treatment. Again, it is very rare to see a comparative trial when a new drug is testing for FDA approval.
View the rest of our article over @ our website!!!
Standard

This article provides an overview of Celiac disease, common symptoms, tips for patients on treatment and how to avoid gluten containing products.

Standard
PharmacistAnswers
Create a free website or blog at WordPress.com.